Steepletop’s grounds and trails, including The Poetry Trail, are no longer open to the public. The grounds will be open from time to time during special scheduled events. 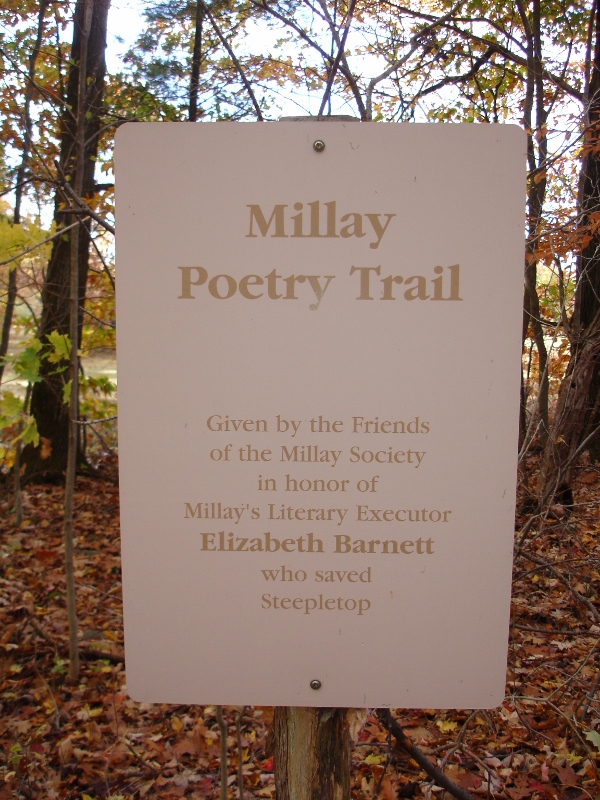 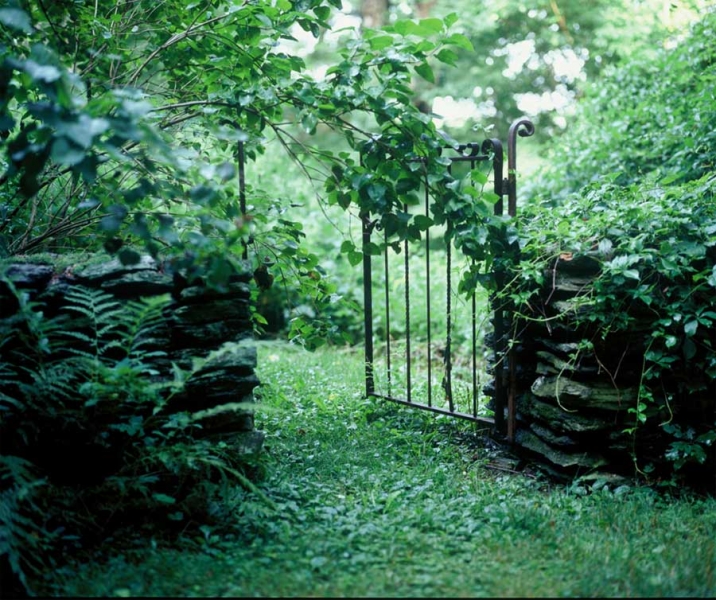 Decades before Millay lived at Steepletop, the road served two farms and was used to drive cows out to pasture. By the time she and Eugen bought the property, pasture had turned into woods. John Pinnie, the poet’s devoted groundskeeper and farmer, used the fallen trees from those woods for the logs to cut to size for the fireplaces in the Millay house. Each winter, Steepletop work horses hauled the long logs out of the woods and over the road to the waiting woodshed near the house.

The wood road was Millay's chosen way to a birch grove where she would linger in the early morning to hear the song of the hermit thrush and enjoy the view of mountain laurel covering a steep bank nearby. 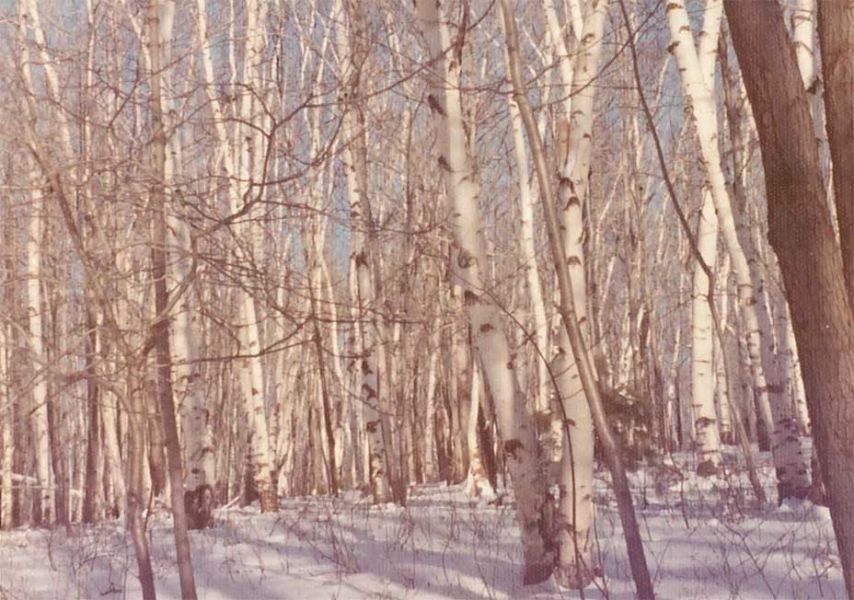 At the end of January 1931, Cora Buzzell Millay, Vincent’s mother, wrote to Millay from Maine that she was “feeling better,” with no mention of having been ill, and enclosed a poem she had just written.

A few days later Cora died. She was 67 years old.

Millay, though overcome with grief, knew she wanted her mother near her and decided to bring her to Steepletop. So, on the night of February 12th, with stable lanterns lighting the way, Cora's coffin went by horse and sledge down the wood road to the clearing, where she was laid to rest under sleeping mountain laurel blanketed with snow. 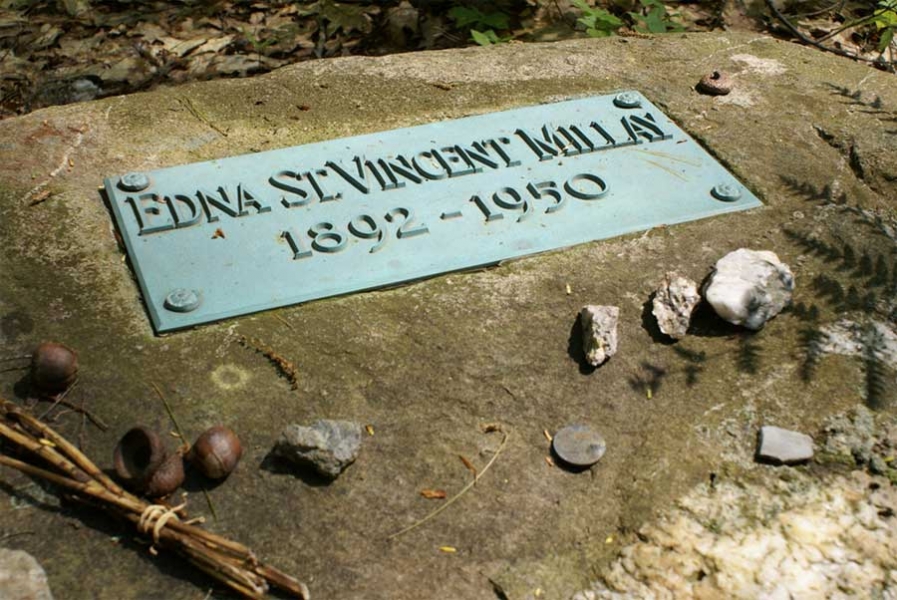 My little Mountain-Laurel-trees
If you should ever grow
Where I was very sound asleep,
I think that I should know.

In 1951, the ashes of Millay and Eugen were interred at the gravesite and in 2003, those of Norma, her sister, and Charlie, Norma's husband. The third sister, Kathleen, died tragically in 1943, and is buried elsewhere.

The gravesite remains as Edna St. Vincent Millay wished it to be--unadorned and wild, where animals may wander through and the seasons may shift as they will.  It remains a hauntingly beautiful monument to the transience of life and the course of nature.

The poetry trail and the gravesites are maintained by The Millay Society’s caretaker.